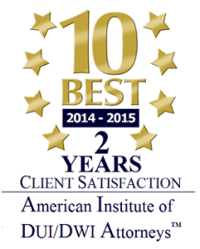 Attorney Ron Bell’s first legal experience was in the area of criminal justice. A former assistant attorney general for the state of Illinois in the criminal justice and general law trial divisions, Mr. Bell “wrote the law on search and seizure” that is still in use statewide. If you have been arrested or expect to be charged with criminal offenses such as DUI, drug possession, family violence, or assault, Illinois criminal defense lawyer Ron Bell offers you experienced legal help. Contact his office in Libertyville, Illinois.

In Defense of Clients Accused of DUI, Drug Possession, Assault

Lake County Illinois Drug & DUI Criminal Defense Attorney Ron Bell’s background as an assistant attorney general gives him an uncommon, in-depth understanding of the workings of the courts, and best practices likely to lead to good results for clients accused of drunk driving, marijuana trafficking, or domestic violence. To schedule a consultation with an experienced Illinois criminal law attorney regarding charges or an arrest for DUI, drug possession, search and seizure, domestic battery, or any other criminal matter, contact Ronald L. Bell & Associates, P.C. through our contact us form or by phone at 847-495-6000.

Carl
DUI - Awesome Results!! Ron litigated for a friend of mine that had a DUI with multiple cars involved in an accident. Ron was able to get 9 counts eliminated and my friend will have a CLEAN driving record after a brief period of supervision. We could not have received a better result!! Ron delivers! He is very honest and does not overpromise but I have used him twice now and he has always come through!
Written by: Carl
about Attorney Ronald L. Bell
Date published: January 19, 2017
5 / 5 stars
Overall rating: ★★★★★5 based on 1 review
Loading Comments...